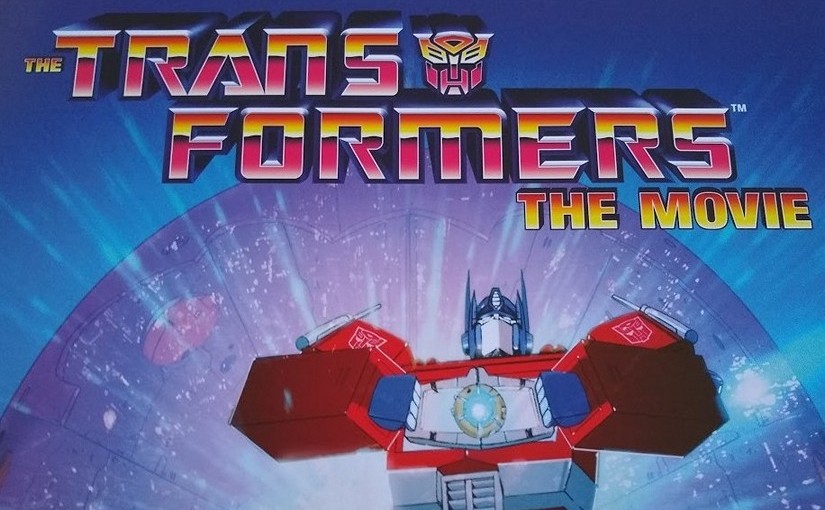 “Oh shit, what are we going to do now?” are the words Spike Witwicky yells beside Bumblebee after their failed attempt to damage the monster planet Unicron with the detonation of Moon Base Two in the 1986 cartoon film, The Transformers: The Movie. That line was removed for the film’s VHS home release in the United States leaving some of us with no option in the ’90s but to bootleg the Canadian version in order to hear the complete film. Thankfully, the line would return in subsequent home releases this century. This past Thursday, September the 27th, the crowd gathered at the nearly sold-out Fathom Events screening of The Transformers: The Movie gave a collective laugh as Spike yelled the line, the first time most of us had probably heard it in a movie theater since 1986.

Watching The Transformers: The Movie on the big screen as an adult was not something I was going to miss, and I was amazed at how many people likewise felt the same way. Seeing the film so very, very large on the big screen was an experience I thought I’d never have again. I found myself noticing the sides of the movie frame, watching the facial expressions of Constructicons and Seekers as Megatron and Starscream bickered, and picking up little details in the design of the robots that I never really noticed prior, like Kup’s belt. Quite a few children were present with their parents at the showing. These caring parents were no doubt making sure a whole new generation of kids experienced the trauma of Optimus Prime’s death in the dark displayed on a gigantic screen in a room full of strangers.

Overall, though I’d seen the film numerous times, I found myself enjoying the ride. It’s a film that, thanks to its Star Wars-like story, never gets old. The movie itself was preceded by a preview of the forthcoming Bumblebee film. In it we saw a longer (though probably not complete) version of Charlie Watson and Bumblebee’s first encounter in the garage, and if that scene is anything to base the movie on, it’s going to be really, really good. The Transformers: The Movie concluded with a mini-documentary on Stan Bush’s work for the film which left me humming “The Touch” on the way out to the parking lot clutching my unexpected movie poster. All in all, a pleasant experience which has me looking more into what Fathom Events has to offer.