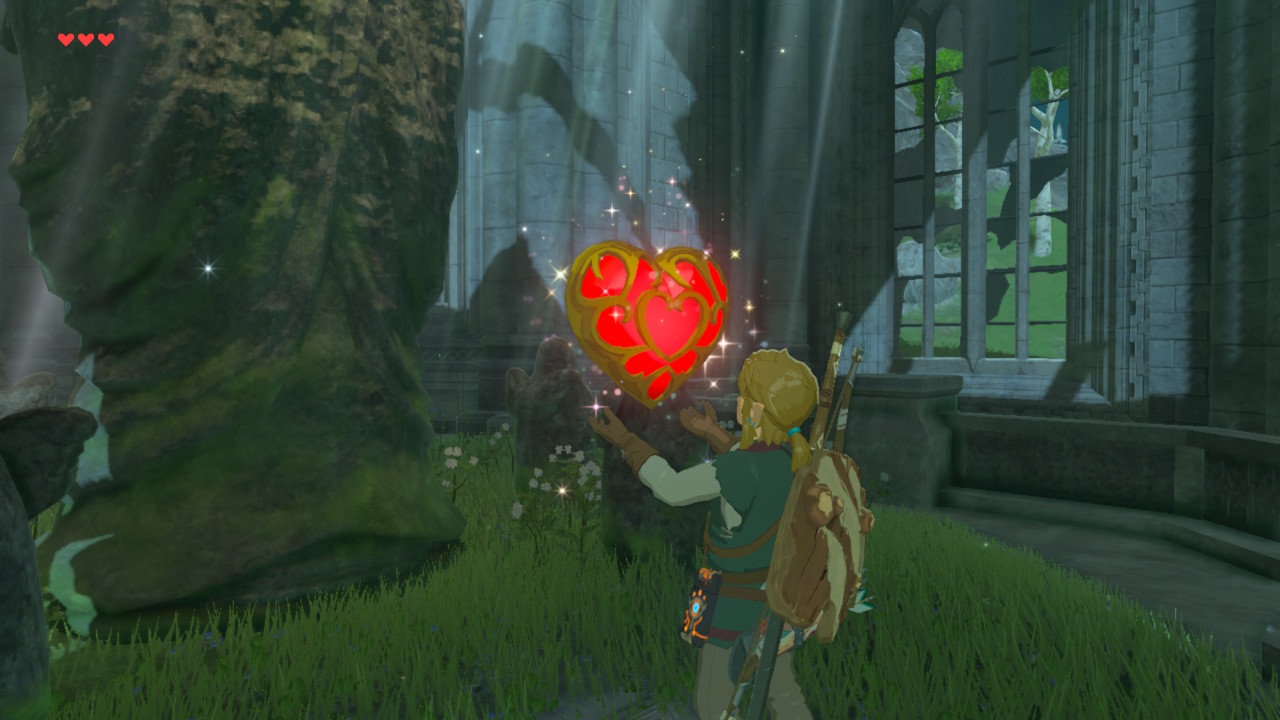 Since my previous post, I’ve played Breath of the Wild, the latest installment in Nintendo’s The Legend of Zelda series, quite a few times. From the Great Plateau to Kakariko Village to Hateno Village and back again, it’s been quite an adventure so far!

In the first of these sessions, I tackled two shrines for the Stasis Rune and the Remote Bomb. By this point, I was loving the concept of shrines as enemy-free, mini-dungeon puzzles. I’m assuming the game actually has traditional dungeons, but I’m waiting to encounter one at this point. I’m also liking that in this Zelda game you get some major abilities from the get-go so gameplay quickly becomes less of not having an ability to accomplish a feat but having to figure out the proper ability to utilize from your toolset.

The next night I played, I headed to the Forest of Spirits to hunt some animals and catch some fish. The reason for this was needing to cook up a dish for the Old Man to get a Warm Doublet so I could head up Mount Hylia to complete the fourth shrine on the Great Plateau. Having cooked up the Spicy Meat and Seafood Fry for the Old Man, he graciously handed over the Warm Doublet giving me some much needed cold resistance.

In my following session, with a better grasp of the game’s mechanics and having purchased the ergonomic Pro Controller (worth every penny), I headed to the fourth shrine where I got the Cryonis rune. This is easily my most favorite and most used rune. With it, you can freeze blocks of water, which is great for raising something out of the water or making blocks to hop across. It came in handy in a later shrine with freezing parts of a wall of water to help direct a rolling boulder.

With the four shrines completed on the Great Plateau, the Old Man revealed his secret and handed over his paraglider. Now, with a way off the plateau, the time had finally come to journey out into the wild and dangerous world of Hyrule!

Heading east between Dueling Peaks, I discovered Kakariko Village and shortly thereafter Hateno Village. I was pretty impressed to find some civilization in this game as my time on the Great Plateau had lead me to believe there wasn’t any civilization left. On the contrary, there are these two villages and apparently even a few more. There are horse stables and fellow adventurers all about. There’s even an accordion-playing birdman bard.

Feeling quite optimistic and adventurous, I decided it was worth seeing what all the fuss was about at Hyrule Castle. Apparently, there are deadly Guardian robots all around it. Even though a torrential downpour had begun, even though I got struck by lightning and thrown from my horse, even though my electrified sword exploded in my hand, I persisted. And then I ran across a lone Guardian. This mechanical nightmare SET MY HORSE ON FIRE. I was thrown from my horse and repeatedly zapped by the Guardian’s laser beam, exhausting my supply of fairies, before I finally had the good sense to teleport the hell out of there. I do not know the fate of that horse.

Since then, I’ve headed back to the Great Plateau to do some cooking and further explore the place as there were bokoblin-infested areas I avoided while first there. I’ve already seen a lot in Hyrule and have an abundance of quests to complete, many of them from villagers in Hateno. So, it’s just a matter of what to do first in this game, and there is just so much to do.

I’m extremely pleased with The Legend of Zelda: Breath of the Wild and so happy I took a chance on the Switch Pro Controller. For me, Nintendo has gone from having the worst controllers for over twenty years to having the best with the Pro Controller.  It was going to take something big to win me back to Nintendo, and they’ve done that with the Switch.

You can catch me live streaming Breath of the Wild and more on the Cablepunk Press Twitch channel!