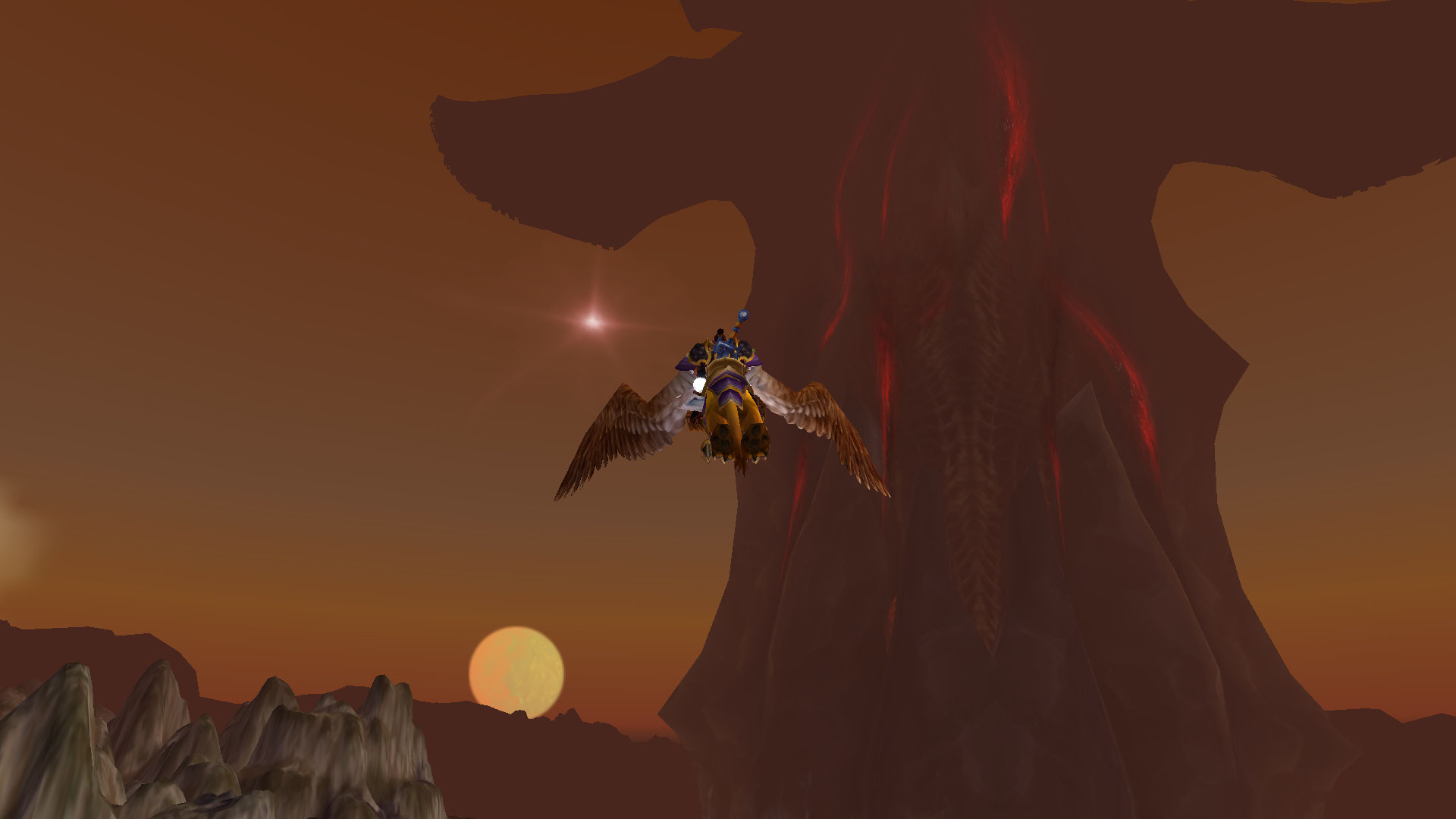 Sargeras has been imprisoned by the Pantheon, the Burning Crusade is at long last over, but Azeroth bleeds….

At the completion of Antorus, the Burning Throne, the final Legion raid in World of Warcraft, Sargeras plunges his sword into Azeroth at Silithus. While I was never familiar with the zone prior, I am familiar with Feralas, the zone just north of it, as that’s where each February the Hatching of the Hippogryphs occurs. So it was from there that I took flight on my gryphon mount and got my first glimpse of the sword.

There was a brief quest chain to to be done in Silithus concerning the newly-encountered material azerite, the crystallized blood of the planet Azeroth.

Eventually, Khadagar and Magni Bronzebeard showed up expressing concern about how this new resource of azerite is creating new tensions between the Alliance and the Horde, and how the planet is suffering due to this wicked splinter. So, of course, we’re getting the setup here for Battle for Azeroth.

Khadgar and Magni get the crazy idea that our artifact weapons — which we aquired in Legion and have spent countless hours upgrading — can be used to siphon off the dark energies from the corrupted sword. So we do that.

And while we manage to stop Azeroth’s suffering a little, I’m pretty sure we’re going to need a whole expansion to solve this one.

I first started playing World of Warcraft with Mists of Pandaria, but it wasn’t until Legion that I finally got hooked on the game and its lore. I had my doubts about Battle for Azeroth, but I think Blizzard came up with a clever way to drain Legion’s artifact weapons of their power. Like, they’re already the most powerful weapons on the planet, and, additionally, I put a lot of work into leveling up Ashbringer over the past year, so there’s no way some island green is going to be more powerful than it — not unless, of course, the weapon was somehow damaged. So I’m pleased the writers worked something out that makes sense lore-wise.

I have a lot of loose ends to wrap up with Legion before Battle for Azeroth drops, so back to the reputation grind!