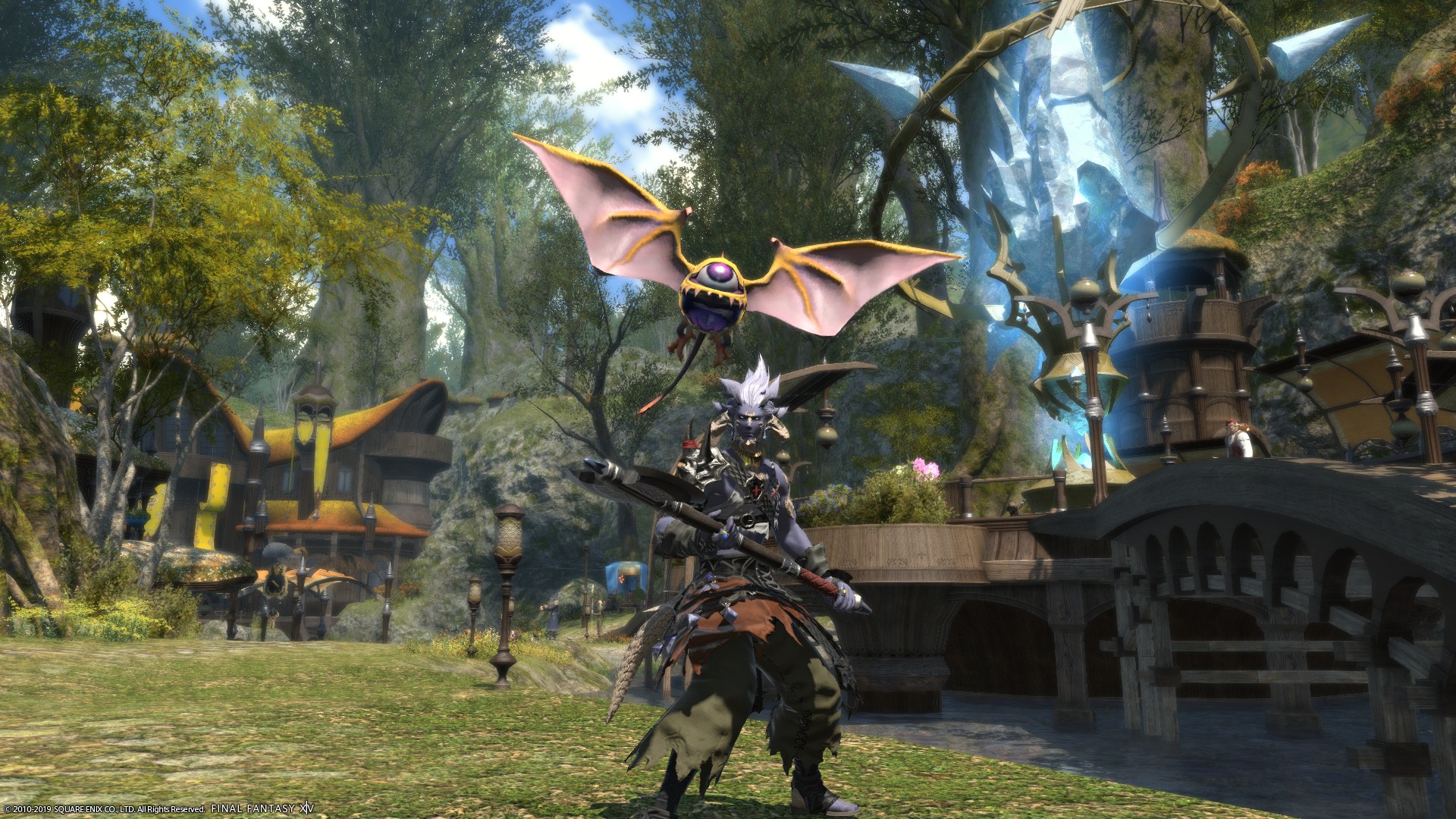 Of course, I’m not ready. I’m never ready for a game’s release. With Shadowbrigners, the 5.0 expansion to Square Enix’s Final Fantasy XIV, I’m quite behind. Shadowbringers unfolds a new story in new zones and raises the game’s level cap from 70 to 80. Meanwhile, I have a level 50 Ninja and level 45 Warrior, and I’m somewhere near the end of the 2.0 story (I hope).

But that’s okay. Final Fantasy XIV is a game I feel the developers let you play at your own pace. This is on account of your character literally being able to do everything. In Final Fantasy XIV, all classes, from healer to tank to dps to gatherer to crafter are available to your one character. For example, there are now four tank classes in the game: Warrior, Paladin, Dark Knight, and Gunbreaker. You can level all of them on the same character. Meanwhile, I’ve also put some time into leveling healer and dps classes, and I’ve meddled with gathering and crafting. You can do it all on just one character, and that’s why Final Fantasy XIV is a great MMORPG. I don’t feel rushed to endgame unlike in every other MMORPG I’ve ever played because I’m afforded so much else to do.

However, I’m not far into Shadowbringers Early Access, and I have a couple complaints. The Warrior’s ability Butcher’s Block has been removed. I liked the Warrior’s old rotation of choosing whether to combo dps moves or tank moves depending on the situation, and Butcher’s Block was the third move in a tanking combo with a brutal animation and sound. It’s why I’ve played Marauder/Warrior over Gladiator/Paladin as my preferred starter tank class, and now it’s gone. Mind you, I realize this is personal preference. It doesn’t break the game, but it does make me wonder how the animator of that particular animation feels. Hopefully, it’s reused somewhere.

What’s more problematic playing Warrior now is that the Beast Gauge is always active. Basically, you’re always in tank mode. Now, activating Defiance doesn’t switch you into tank mode, it simply raises your Enmity (threat). You become a tankier tank but only in that you have increased threat, and there is no way ingame to accurately count this amount, though group combat does offer some indication. The side effect of the always-enabled Beast Gauge is the problem: whether you have Defiance active or not, because the Beast Gauge is always on, you are always building Wrath, a resource you can spend to activate certain Warrior abilities. And Wrath doesn’t diminish unless you spend it in combat. Which means, even outside of combat, if you have unspent Wrath, you have a ridiculous orange energy animation consuming you. It even has lightning in it. The only way to get rid of it is to switch Jobs, then switch back to Warrior. This was not thought through on the part of Square Enix. It makes me question the decision-making process of certain individuals and lose faith.

However, don’t get me wrong. The game isn’t broken, and there’s probably somebody out there who loves that the Wrath animation continues outside of combat. Something about how this is more fitting with the Warrior’s lore. But if so, then NPCs should react differently to a Wrath-filled Warrior like those saps in Wineport to Curious Gorge. But, whatever. I’m playing the game again for Shadowbringers‘ Gunbreaker and was merely leveling Warrior to get there. But Warrior grew on me after all this time. Marauder (Warrior’s prerequisite) was my starting class nearly those six years ago when 2.0 launched and brought Final Fantasy XIV back as A Realm Reborn. It’s what I can’t change whenever I swig a Phial of Fantasia to re-enter Character Creation to modify my avatar. So I’m a bit vexed with the removal of Butcher’s Block and the kept accumulation of Wrath on account of the always-active Beast Gauge.