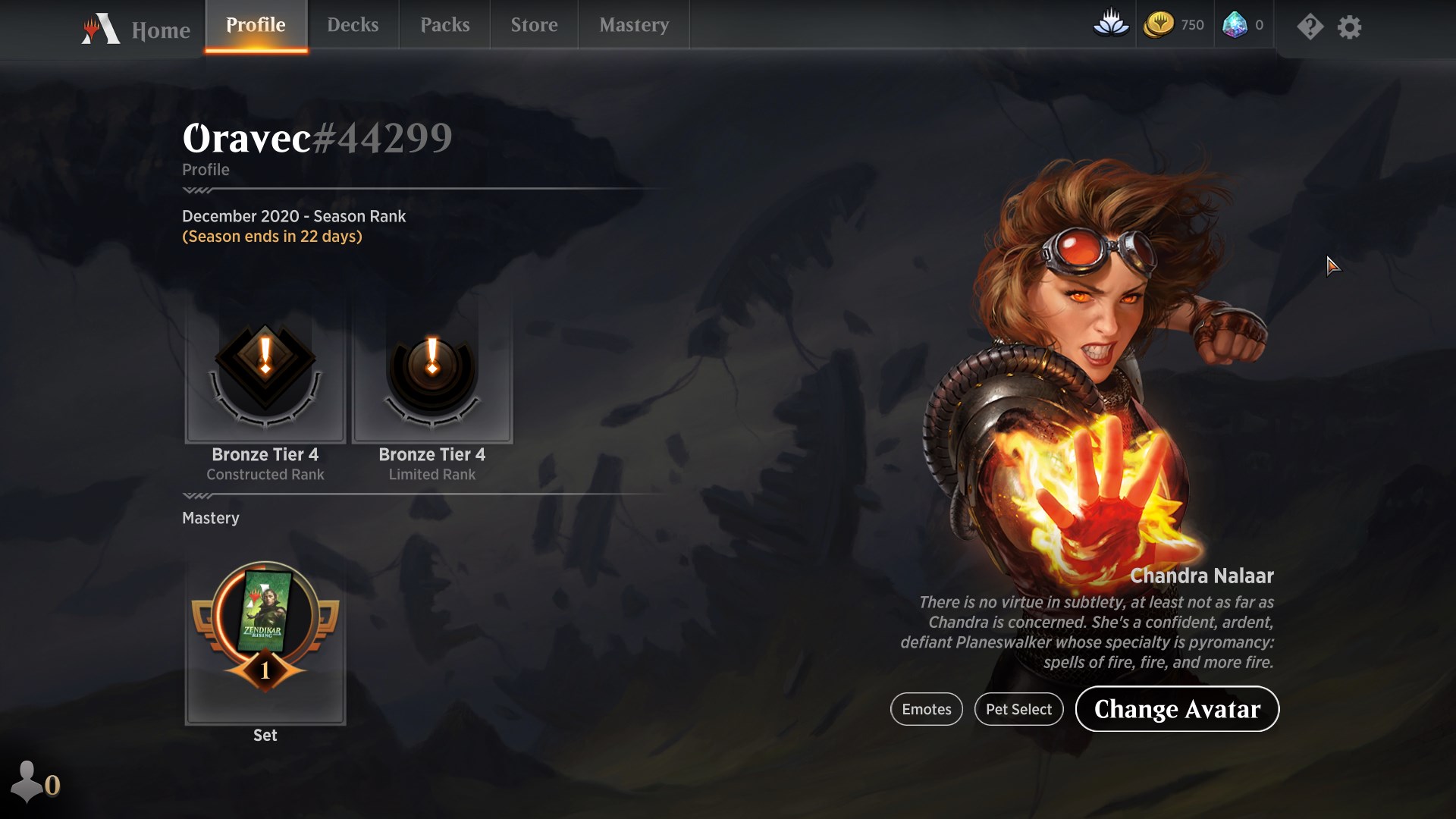 Yesterday, I created an Oravec profile account for the PC game Magic: The Gathering Arena on which to play Mono-Red Aggro, probably. This new account is in addition to my previous Magic: The Gathering Arena Cablepunk profile account created a little over a year ago on which I played Mono-Red Aggro. Back then, I first started out with Boros Knights during the Throne of Eldraine expansion set courtesy of the Rowan, Fearless Sparkmage Planeswalker deck. From there, I played Oko until he got himself banned, and then found myself lured by Chandra Nalaar’s flickering flame.

Of course, it was inevitable that when I finally started playing Magic: The Gathering I’d end up focused on Mono-Red Aggro. After all, back when I first picked up a 3rd Edition Core deck back in 1994, all I really wanted to do was lob fireballs at people. I was told that that wasn’t playing the game correctly. So, naturally, I thought the game was lame. Imagine my surprise coming to the game in 2019 after all those years and finding that that was actually a thing. MTGGoldfish has been a wonderful site for deck building. Long live Mono-Red Aggro!

At any rate, I have a clean new account to play on and build up. I can’t say I’m really happy with the state of Standard currently, but the thing with Magic: The Gathering is that it’s always changing, while the Mono-Red Aggro deck type always keeps up. This is pleasing to me. I don’t have a lot of time right now, but the point is the account is in place, and I have a desire to git gud. Maybe stream someday. So, any progress I make with Magic: The Gathering Arena will be found on this website as opposed to a Cablepunk website which was kind of the point of all this.

When not exploring virtual worlds, he enjoys taking walks in the real world and brewing delicious coffee.