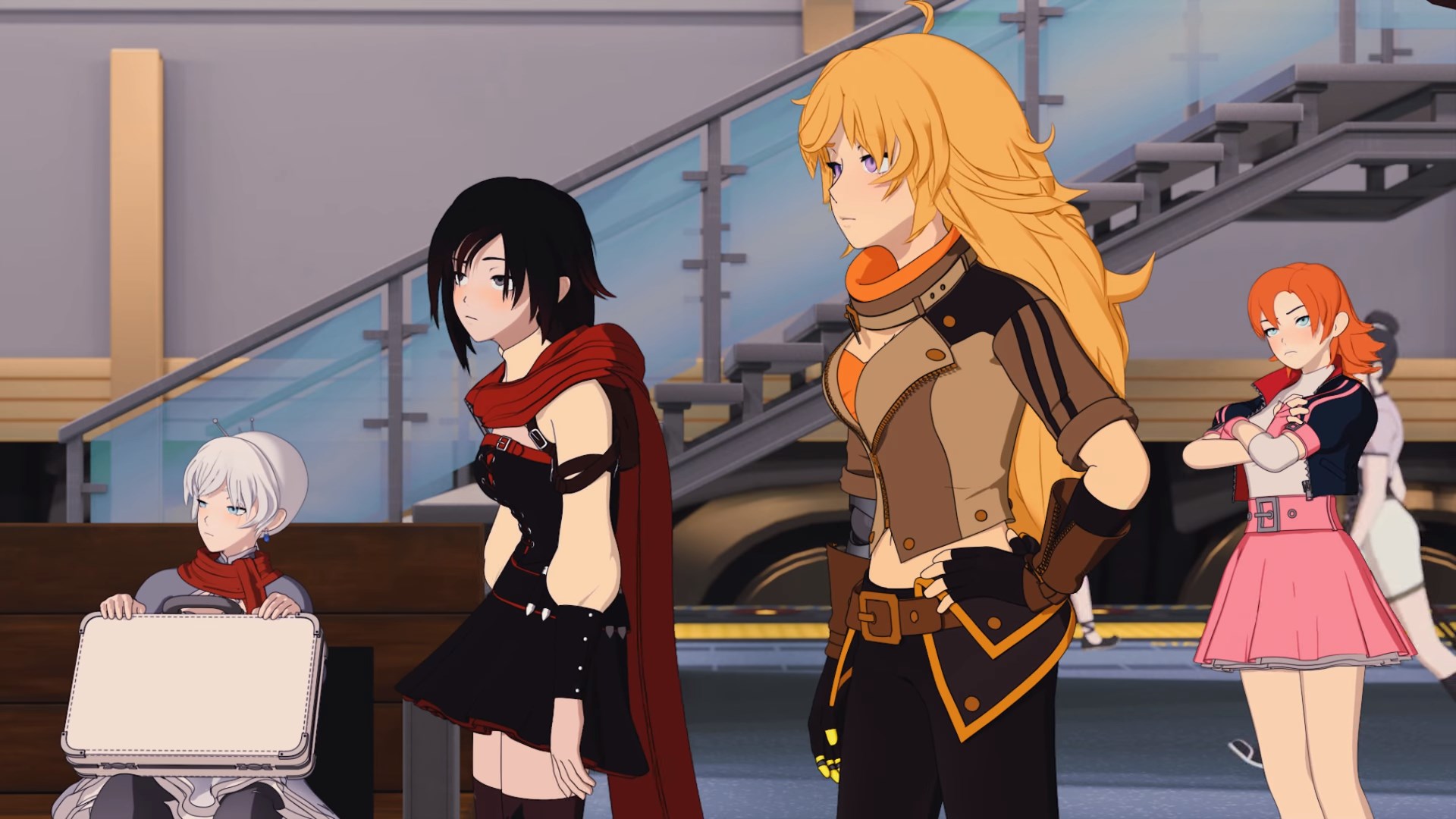 Last night, Fathom Events held the season premiere of the first episode of the sixth season of Rooster Teeth’s RWBY. While the episode itself was pretty sweet, the hour and a half presentation of the brief episode was pretty lame. What follows is a critique of the event and not a review of the episode. Consequently, it is spoiler-free.

The Fathom Events screening of The Transformers: The Movie is what got me paying attention to what they had to offer. In its case, the showtime was preceded with slides of Transformers trivia. Before the movie, an extended preview of Bumblebee was presented, and, after the movie, and interview with musician Stan Bush played. Overall, it was a pleasingly experience with a free poster handed out upon existing the theater a bonus.

However, the Fathom Events screening of RWBY S6E1 was pathetic in comparison. Nothing preceded the showtime but a blank screen. Once the lights dimmed at 7:00 pm Eastern for our screening, we got a couple Fathom Events trailers, a short message from RWBY director Kerry Shawcross, and a couple trailers for Rooster Teeth Animation productions. Next, the end of the fifth season of RWBY played out beginning at the moment Jaune shouts “Weiss!” Now, seeing this ending of the previous season on the big screen was pretty cool since it has a lot of amazing moments. But this is where the problems began.

Firstly, showing the epic ending to the previous season managed to diminish anything that followed it. Nothing, and I mean nothing, could top seeing Weiss having summoned that big ass bee on the big screen.

Thirdly, wouldn’t a recap of seasons 1-5 have been better? That was what I was expecting: a narrated guide through ALL that has come before. Take us through the major plot points of team RWBY before throwing us on that train speeding to Atlas at the opening of season 6.

Fourthly, the Adam character short was pretty cool. It was a little too cool. Like the end of season 5, it stole away whatever hype was left for S6E1.

Fifthly, I do not care that the animators got better at animating trees and whatnot. Rooster Teeth has some serious insecurity about their animation, and the mini-documentary about their improved workflow using Maya was just unneeded. While I’m glad some animators got some props, put it on the Blu-ray or the Internet, and for the love of all good things, stop apologizing for the animation in previous seasons. Season 2 is my favorite season. The animation in season 2 is fine. In fact, it’s better, because the fight choreography was better. Season 2 is better because season 2 was animated with, probably, love and not some factory-minded workflow.

Sixthly, if you’re going to do a mini-doc, why not do it on what most people probably actually care about: the characters and the storytelling. I would have liked to have heard something, anything, from the voice actors. I would have liked some insight into the themes of season 6. While it was great to hear from Kerry Shawcross, I find it hard to believe Miles Luna and Barbara Dunkelman couldn’t be found to say something, anything.

Seventhly, why put the episode at the end of all this? By the time we got to it, I was ready to leave. We were there to see the episode. If Rooster Teeth and Fathom Events really wanted people to pay attention during that animation mini-doc, why not put it after the actual animation so we had some frame of reference? Show us your amazing character lighting, wow us with the end result of your streamlined workflow, and then talk about it.

Eightly, and this makes me mad, why was there no mention of Monty Oum? I was expecting the future opening credits/theme song to play after episode 1 as it’s been done in the past. That would have at least given us a large “Created by Monty Oum” title. But this was absent, and nobody could have made mention of Monty in the mini-doc?

So, yes, the episode was pretty sweet and the Adam character short was pretty cool, but the overall presentation was a failure on the part of Rooster Teeth and Fathom Events. I’m not going to attend another Fathom Events screening after this. I paid too much money for too little content, and it reveals that these Fathom Events showings are inconsistent in quality. I’ve also lost some respect for Rooster Teeth in how they handled this package I must assume they put together, and that’s what’s stopping me from shelling out any money for Rooster Teeth First right now. That may change when I finally catch S6E1 on YouTube and see that “Created by Monty Oum” title. I cannot believe they would be so callous to leave that off in the future when the season premieres on its proper home.