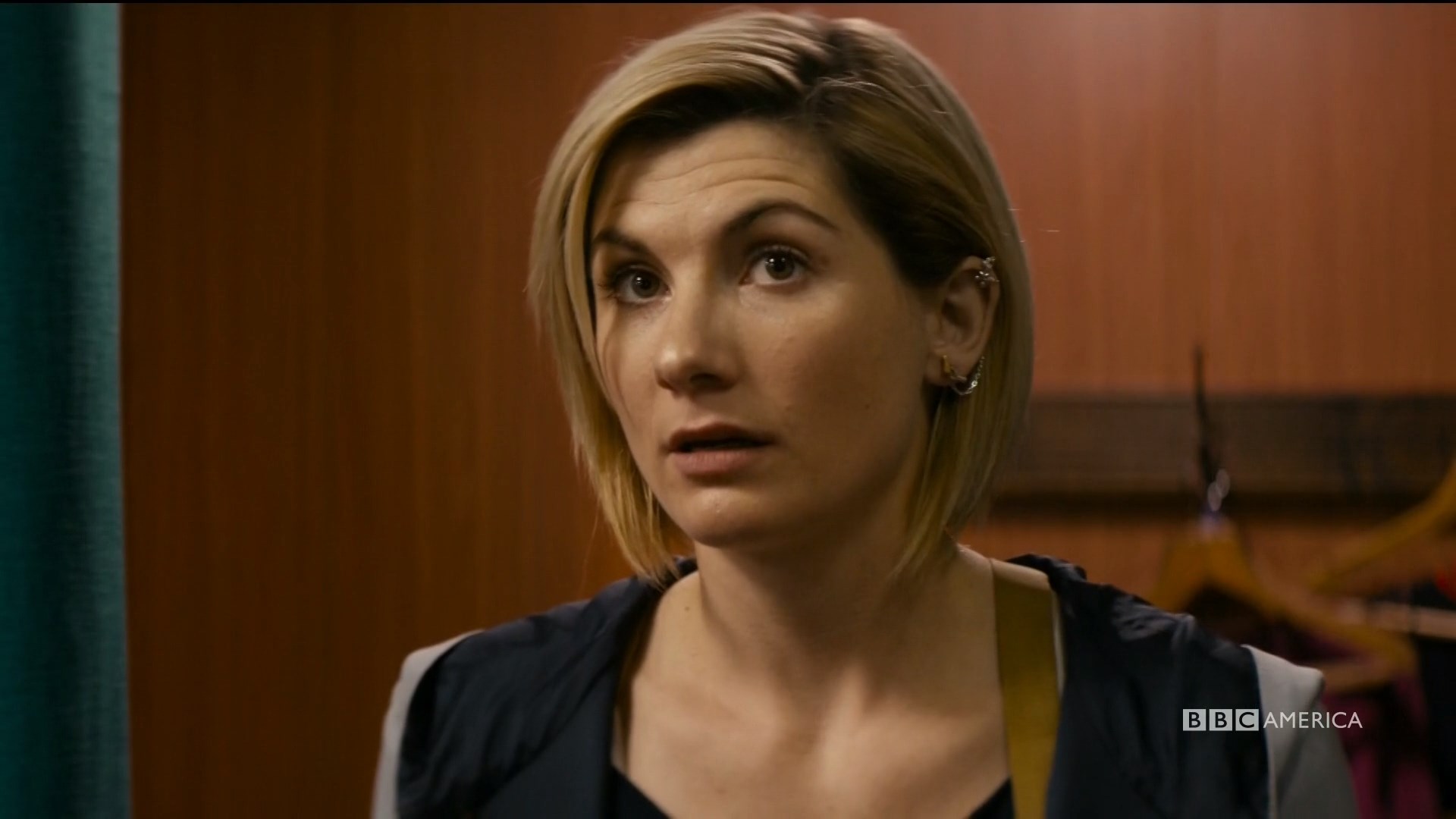 This past Sunday, October 7, the 13th Doctor debuted in the 11th season of the Doctor Who revival series. In order to catch it, I signed up for a 7-day free trial of Sling TV to get access to BBC America. Though the episode of Doctor Who was good, it’s presentation on BBC America was not. BBC America took what was basically an hour episode and stretched it out to two hours chock-full of commercials and a silly fake viewing party. What made it particularly grievous was their axing of the show’s end credits.

I never doubted Jodie Whitaker would be the Doctor, but I was concerned about the new companions, especially three of them. Yes, the First Doctor started out with three companions, but he was old. Fortunately, this new group was great. It helped that they already knew each other in some way, so that means with this season we should hopefully be spared a bunch of getting to know you stories. Yes, as a Midwest American I struggled with the accents, but that’s what subtitles are for.

Tim Shaw with his trophy-toothed face I found quite disturbing, but I liked the tentacle thing that preceded him on the train. It was basically a swarm of cables used to gather information, and I quite like the concept and hope we see more of this semi-species throughout the new series.

I thought it was pretty cool the Doctor actually built her sonic screwdriver this time around, and for me that solidified this series as a different era of Doctor Who. The fact that the TARDIS itself is missing adds to that feeling as well, more so than who actually is playing the Doctor in this regeneration. For storytelling, I’m with Missy: “They’re all the Doctor to me.” Representation does, however, matter, and I’m hoping this new era with this new cast is a welcoming starting point for new fans. For me, that’s what the Doctor’s new rainbow outfit is meant to represent.

Now, I’m more of the binge watching type, and I canceled my subscription to Sling TV because I’m not going to pay to watch loads of commercials on BBC America. I’m unsure how and when I’m going to watch this new season of Doctor Who. Chances are I’ll buy the season on Amazon and watch each episode there as they become available as I’m slowly growing to the idea of building a digital library, but we’ll see.